Mantras – if you go back thousands of years – are words or sounds that help with concentration and were often used by Buddhists.

But the term has spread over the past few decades to encompass positive words and phrases that can help people to stay motivated.

Things that can help to give them positive messages.

By repeating these, they can become a part of your everyday psyche.

And working as a hypnotherapist in London, I’m able to show people regularly how the power of positive thinking – including the use of mantras, where appropriate – can open up a pathway to a better way of living.

Why you need to get rid of negative self talk

People who succeed in life generally don’t grow up with thoughts like, “I can’t do this” or “These ideas of mine are hopeless” rattling around their heads. These ideas would be extremely limiting.

If your head is already telling you you can’t do something, you steadily start to believe it. It affects your behaviour, and you’ll likely finding yourself withdrawing from challenges – because you’ve already told yourself you’re going to fail, and nobody wants that.

Ultimately, negative self talk can profoundly affect your confidence. It can stop you doing things that you might otherwise do – and might enjoy doing.

A lack of confidence, fuelled by negative self talk, could make you stop doing any of the following:

+ Applying for a promotion at work.

+ Any kind of performance that would otherwise appeal to you – acting, dance, music and so on.

+ Speaking up in meetings.

+ Letting your true feelings be known among friends or at work.

+ Going to gatherings where you need to interact with people.

+ Launching your own business.

+ Starting a new hobby/taking up a new skill.

There are lots of ways that your confidence can be dented, and it can be hard to bounce back.

But it is not impossible. And mantras are just one of the many things you can use to give you a boost.

Here’s how it works.

A sneaky photographer once got a look at the notes tennis ace Andy Murray writes for himself before each game. Effectively, these were mantras: positive messages to himself that would keep him focused.

On Murray’s list were things like: “Stick to the baseline as much as possible” and “Try your best”.

You wouldn’t think that one of the world’s top tennis players would need to tell himself to try his best, but what mantras like this do is to force you to keep repeating positive ideas that will be to your benefit.

Here’s one way of looking at it: it’s entirely possible that right now, you tell yourself “I can’t do that” or “I’m not going to try that” dozens of times a day.

You might not even realise you do this, but because this voice seems to know what’s best for you – it is, after all, in your own head – you comply.

Now, let’s imagine switching that voice. Maybe even giving it a bit more gravitas – by making it Barrack Obama’s voice. Or Oprah Winfrey’s. Or Winston Churchill’s.

What if that voice was to tell you repeatedly throughout the day: “You can do this. In fact you are doing it right now, and you’re doing it well.”

The power of positive thinking

Imagine if this voice repeatedly told you:

“Concentrate on what you are doing, be the best you can be, and you will do well.”

Or “You absolutely can do this.”

The power of positive thinking has been well documented, and it is something that is employed by many, many successful politicians, athletes, businesspeople, public speakers – all those people who do well in life.

Their mantras have been designed to tell them they will do well – and as a result, they do.

When people come to see me for hypnotherapy in London, mantras and positive self talk are one part of a much wider package that can help people to boost confidence.

We use techniques such as Havening and Neuro-Linguistic Programming (NLP) alongside this, and while these are arguably more powerful, the benefits of positive internal self talk should not be underestimated.

To help you devise your own mantras, there are a few good “rules” you should bear in mind

1/ Make your mantras short and specific. A sportsman might say, “My backhand is strong,” for example.

3/ Stick to the present tense rather than “I will” do this and that.

4/ Keep the language of the mantras positive. By this I mean that you should make the statement a positive one, such as “I am succeeding” rather than “I am not failing.” Keep negative words like ‘fail’ out.

5/ Give your mantras real meaning. What is going to work for you? What are you going to get out of this, such as “Doing this helps me win.”

6/ Be friendly. Your inner coach should be kind, not a red-faced drill sergeant.

7/ Make a habit of saying your mantras regularly. Repeat them multiple times a day. “I am OK,” “I can do this,” “I’m talking to people and it’s all good” and so on. You probably can’t overdo this given that we have about 35,000 thoughts a day!

Why mantras can work

What happens over a period of time is that the mantras help to form cognitive grooves in the mind that become your new “norm”.

If at present you slip into “I can’t” when presented with something bothersome, by repeating “I can” regularly throughout the day (maybe 20 times, not thousands) and then doing something challenging, you thus prove that you really can do it.

The brain starts to think in a different way. 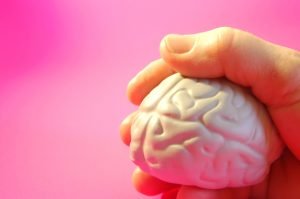 It’s like anything – the more you practise doing something, the more “muscle memory” comes into play (and it can help to think of the brain as a muscle). The first time you ride a bike it us unbelievably hard. The hundredth time it’s a doddle.

Likewise, the first time you tell yourself “I can” when faced with a situation you know you don’t like, it will probably feel phony and forced. And in all honesty, it’s debatable whether you will really do it well.

But that’s only because you haven’t had practise.

Give it some time

The next time you try, the mantra will hopefully now be tied to a degree of positivity that came with the success of the last time you tried – no matter how moderate that success was.

The third time, it gets a bit better. Just imagine how strong that feeling of “yes I can” will be after the 100th time, or the 1,000th?

People often think that whatever they are today, that’s how they are set up for the rest of their life, and that their mindset is fixed.

That’s fine if your life is awesome, but if it’s not, then techniques like mantras and other things that can be explored during hypnotherapy can really help.

I’ve used my own process for changing clients negative internal self-talk with way over 1000 people.  Clients have had everyone from themselves in their heads, through to the likes Barack Obama (he comes up a lot), Oprah and perhaps less expected people such as ‘Banaman’.  Yes, you read that right.  All that matters is you get the right voice and the right words for you.

And when that forms part of a wider treatment that may work on neutralising negative expderiences, getting in control of your emotions as well being different in one or many scenarios, you can really see how you can make a big difference very quickly.

And if you’d like to explore more about how we can help you, then do get in touch using the quick contact form.