Hypnotherapy for smoking is very effective, but it isn’t right for everyone and it won’t work every time. Before people come to see me at my hypnotherapy practise in London or Winchester, I really need to know where they are in terms of wanting to quit, because it’s an important part of the equation. If you can learn to truly believe that you hate cigarettes because of the way they are bad for your health, they’re wasting your money and they’re making your home smell, that’s a good thing. 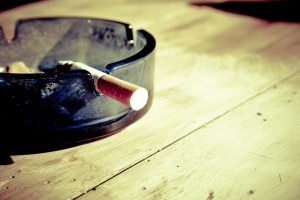 What I really need to know, more than anything, is: are you ready to stop? What is your motivation? There are two key-stages that precede quitting: pre-consideration, which is when people are thinking about why they want to stop, and then the consideration phase when they’re asking themselves how they are going to stop and they are determined to do it.

How motivated to stop smoking?

In order to hate cigarettes and to truly want to stop smoking you have to be in that last stage. One of the ways I determine that is by asking clients before we start, “How motivated are you to stop smoking – on a scale of 1 to 10?” If they say less than 6, that doesn’t indicate enough motivation so I tell them they’re not ready and I won’t take their business. Conversely, if someone says a nine or a 10 I won’t take their money either as I think they’re deluded: if they’re a 10 out of 10 they would have stopped already.

There are four other questions I ask clients about wanting to stop. They’re based on the Cartesian coordinates from mathematics which look at mirror images. The questions are: what happens if you stop smoking, what happens in you don’t stop, what doesn’t happen if you stop and what doesn’t happen if you don’t stop – there’s a double negative in there which fries your brain, and what I’m looking for is a congruent answer. if I get one then all of a sudden it will be very clear to the client that there will be no upside if they carry on smoking.

Another way we help clients hate cigarettes is called the compulsion blowout. We help them change how they feel about cigarettes. If you ask people to think of what smoking means to them they’ll get a picture in their head or a feeling in their bodies. It’s typically some kind of ‘feel good’ factor. But if you make that picture bigger, and I mean really huge, Big Ben-sized, then all of a sudden that picture starts to become overwhelming so that people are literally reeling back in their chair. All of a sudden they see it as something horrible, something they don’t want.

For people motivated by the stick as opposed to the carrot, another thing we can do is to get them to feel a moment where they had chest pain because of smoking or their children were begging them to stop smoking – all of those moments when they knew they should have stopped but they chose not to. Then we do something called negative visualisation – we take them back into those moments and feel what it is they felt, see what they saw, hear what they heard. The idea is to make it truly terrible.

When you then overlay two or three memories like that and then get people to remember a time when they like smoking – such as the end of a meal – then by connecting those ‘good’ times in the past to the negative visualisation they no longer see smoking as something they want to do.

It can be very emotional and on a human basis it’s not the nicest technique to use, but some people need it and frankly smoking is an insidious habit. You have to do whatever it takes to get a client to the other side, because that, ultimately, is what they want.