OK, so the result is in – and what a surprise it was. But did the ‘remain’ camp fail because their message was all wrong? 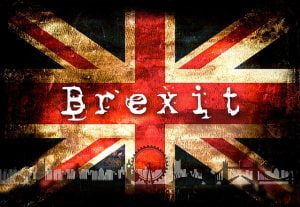 In all of the pre-vote talk it came down to what was driving people towards the ‘stay’ or the ‘remain’ camp – and what was surprising to me as a therapist in London was that both camps used fear as their main message. People are ultimately most often motivated by fear or hope – Obama, when elected, played to the ‘hope’ camp: he offered messages of positive change. Trump uses fear – if you don’t vote for him, he says, the country will get worse.

Fear as a tactic

Both the in and out camps in the referendum were using nothing but fear as a tactic – neither side used hope. Hope is a value – it is something you can feel inside, and that makes it extremely important for a lot of people. It is something they can connect to and is something I use during hypnotherapy for confidence, and also when helping people to stop smoking.

The remain camp, I think, could have enjoyed more traction if it had used hope as a motivator. Instead of using fear, which wasn’t as strong a driver as it was for the leave camp, they could have painted a rosier future for the people of Britain if they chose to stay in the EU.

In terms of hypnotherapy, we help clients to understand that aiming for a positive is always more motivational than a negative. Had the message for staying in the EU been more about the multiple benefits and messages of hope for the future, I think people might have been better motivated to get behind the campaign. The same is true when you want to quit smoking. During hypnotherapy for smoking I help people find a positive, such as “I want to be able to run around with my kids” or “I want to be able to afford a fantastic family holiday” instead of “I don’t want to smoke.”

Focus on a positive outcome

It makes a big difference. It’s also much easier to visualise when aiming for a positive outcome, and visualisation, which I do with clients during hypnotherapy sessions, can really help people on their journey, whether that’s overcoming anxiety, losing weight, or if they come to us for hypnotherapy for panic attacks.

If you’re not familiar with visualisation, it’s a very simple concept and something we use a lot during clinical hypnotherapy. Basically, we help people to visualise themselves as they would like to be. We then encourage them to make this image really intense, as if it were a scene from a billboard or something being shown on a 100-inch TV.

It’s a tactic that might have worked well for the remain campaign: helping people to see Britain great and ever more so by opting to stay in.