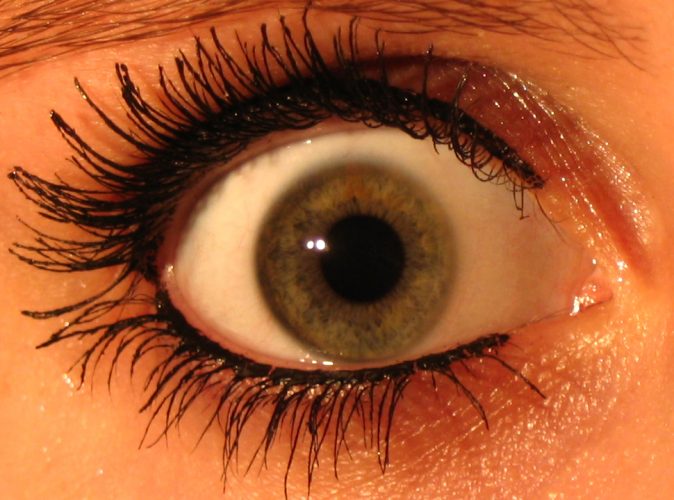 When I started out as a hypnotherapist in London, I thought that the bulk of my work was going to be helping people to stop smoking.

I thought that given hypnotherapy’s strong track record as a proven way to deal with this that I would be helping people to say goodbye to the cigarettes for at least half of my work.

While I have helped many people to quit, that kind of work doesn’t account for the lion’s share of my sessions.

It doesn’t even come close.

The thing that people want help with, it turns out, is something that affect millions of people.

They want help with anxiety.

This is a very treatable issue, and it responds well to hypnotherapy in a great many cases.

Panic attacks affect one in 10

When anxiety is a serious problem, it can lead to panic attacks. If you’ve ever had one, you’ll know exactly what I am talking about.

And don’t for a minute think you’re some kind of failure if you do suffer from panic attacks. They affect an estimated 1 in 10 people.

The symptoms of panic attacks include:

What has happened is that you have experienced something that your brain tells you it doesn’t like, and some or all of the above symptoms ensue as your body goes into overdrive to deal with the perceived threat.

It all harks back to the days when we were cavemen, and a certain sixth sense that a saber-toothed tiger was about to bear down on them put hunters on red alert. The ‘fight, flight (or lesser well know) freeze’ response kicks in.  This is adrenaline surging through your body

Where therapy can help is in dealing with the ‘trigger’ that initiates this adrenalised response.

What I mean by this is that therapy can actually help a client to understand what has happened in their past that is causing such a dramatic reaction.

And then change the response.

A simple example of a buried ‘trigger’ might be that someone with a powerful fear of dogs might no longer remember that they had a nasty experience with a neighbour’s pet when they were a child.

Hynotherapy can help unearth the trigger, and using such techniques as Havening and TFT, create a different response for next time. This can help to prevent future panic attacks – I’ll explain in more detail about TFT and Havening in a moment.

The five steps to dealing with a panic attack

So how do you deal with a panic attack? What are the practical things you can do the next time you’re stood on the station platform and your heart is pounding?

Or you’re stood up in front of your colleagues, about to make a presentation – and your clammy hands and breathing difficulties are proof that a panic attack is about to ensue?

Or you’re on the walk home from work and have to pass the house with the two Rottweilers, and you feel a sense of impending doom, and your fingers start to tingle?

1/ The first is to hold your breath.

I know – sounds ridiculous, right? But the reason this works is that it helps to pump carbon dioxide back into your body.

When people have a panic attack, they often start breathing rapidly – it’s their body’s natural response to the trigger and is aimed at bringing as much oxygen into the body as possible.

So that you can fight… or run away.

But you’re actually over-oxygenating your blood for no good reason – because you’re probably not likely to take heel or begin a battle for your very survival, contrary to what your body is priming you for.

So you can start to undo some of the physical sensations by holding your breath for as long as you can. This puts carbon dioxide into your body and your system will balance out.

…is to make use of your peripheral vision. This sounds equally strange but it works. It forces you to focus on a wider picture instead of honing in on whatever is bothering you – it forces your brain to silently contemplate millions of bits of information in front of you that you had been blocking out.

And it makes the symptoms of the panic attack diminish.

If you held your breath and then concentrated on peripheral vision, you should be well on your way to easing the panic attack.

Next comes the Jedi mind trick.

3/ Thinking yourself into a better place

The power of positive thinking is not to be sniffed at. Sportsmen, politicians, salesmen – millions of people around the world out-do themselves by embracing positive thinking methods that condition the mind to think in a certain way.

Do you think a top athlete is going to ace the 100m hurdles if he thinks to himself: “I’m probably not going to win today?”

Likewise, if you feed your fear with thoughts like, “Oh my God! Those dogs are going to escape!” or “Everyone in the meeting is going to laugh at me,” then the negative thinking can quickly spiral out of control.

So your thoughts become, “The dogs are not going to get out, I’ve started walking past and it’s OK, I’m going to walk past without incident and I’m going to be even less bothered when I walk past tomorrow.”

Or: “I know what I need to say in this presentation, everybody has to do this sooner or later, my colleagues are decent people, I am doing OK, and I will be OK by staying calm, breathing properly and staying on topic.”

4/ The fourth trick is TFT

This is something I mentioned earlier Now, if you thought any of the three previous tips seemed odd, then this will blow you away. Why?

Because it involves tapping certain parts of your body.

I know, I know. It sounds insane. It sounds like something you’d read in a 1970s self-help book that was sold with a crystal to waft over your chakras. But don’t knock it till you’ve tried it.

TFT stands for Thought Field Therapy, and it’s also simply known as Tapping. It’s quite simple: you tap, with your fingers, a number of key points on the body. The four main ones are the eyebrow, the bottom rim of the eye socket, under the armpit (where the bra strap would be) and also about an inch underneath the collarbone.

Tapping firmly six times on each point can work wonders. Because, rather like acupuncture (it’s actually based on Chinese medicine meridians), the tapping can ‘jam’ the panic signal and help to restore calm.

The fifth and final way is to try Havening. Like TFT, this might be something you’d rather do in private as it could be slightly alarming for someone to see you doing it.

It works by taking the mind to a safe, happy place, and when done properly it can help to erase the trigger.

You read that correctly: erase. As in permanently.

This is something that I help people with frequently, as a guided Havening session can work wonders. Working as a hypnotherapist in London means that I get to meet people with a wide variety of work- and social-related anxiety issues. It’s often part and parcel of modern working life.

You can try Havening at home. You can try it now – or when you’re having a panic attack. Start by closing your eyes and mentally picturing – just for a few seconds – the trigger event that causes your panic attack. Then cross your arms and start stroking your shoulders and upper arms in a downward motion at a rate of one stroke per second.

While doing this, think of a powerful happy memory. Visualise it as vividly as you can. Make it huge, beautiful and in glorious Technicolor.

Carry on doing this for 90 seconds and then stop. Open your eyes. What often happens next is little short of amazing.

When people think about their trigger, something incredible often happens.

The trigger memory now elicits no response. Whereas once even thinking about whatever set them off would have resulted in the sweats and palpitations, the response becomes neutral. It can be such a moving transformation that it can lead people to tears.

Once you are free from the triggers that lead to anxiety and panic attacks, life can feel about a hundred times better than it did before.

So have a go at the five above steps the next time you feel the blood pressure rising and the “fight or flight” response kicking in.

Or if you’d like me to steer you through the process and help you to overcome your anxiety and beat your panic attacks at my hypnotherapy practise in London, just give me a call.