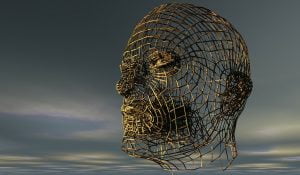 If you were to take a survey of 1,000 people arriving at the pharmacist with a prescription for painkillers for a sore shoulder, there would be huge fluctuations in the amount of time they had waited and put up with the pain before visiting the doctor’s. Some would have made the appointment within hours of the first twinge, some would have waited weeks, months or even years. In other words: when it comes to medical matters, we’re all different with regards our interpretations of symptoms and at which point they become a “problem”. One man’s severed limb – to put it in Monty Python terms – is another man’s mere flesh would.

The same can be said of the things going on in your head, those issues that can have some of us dashing onto the MIND website while others amongst us will be more inclined to shrug it off. And so one question I have quite often been asked while working as a clinical hypnotherapist in London and Winchester is whether or not there is a “normal” level of anxiety.

The five per cent guideline

It can be a helpful figure if you’re one of those people who knows that life is pretty testing but you have made the assumption that everyone’s life is full of anxiety – and, therefore, you’ve told yourself that you just need to get on with it. While it’s probably not unusual for many of us to be anxious at certain points during the day, for many that feeling would be relatively fleeting. So if your day is a minefield of nibbled nails and breathless moments for a significant chunk of it you would likely benefit from some help.

People can become anxious about anything. Anxiety is the only emotion we have that’s based on the future: we are only ever anxious about something that’s not yet happened – even though there’s a chance it won’t happen at all or it won’t happen in the way we fear it will. It’s not the same as stress: we can be stressed about what’s going on around us right now or things that we’re thinking about in the past.

Anticipatory anxiety, to give it its technical term, can relate to anything in your life, from going to the shops to contributing in social situations. The kind of things that I typically see are anxiety about open spaces – agoraphobia – or speaking up in meetings or going on a date or having an awkward conversation that you know you’ve got to have. You’re basically anticipating the thing that you don’t want: to be shouted down at work, to be ridiculed during the awkward conversation. You’re focusing on the outcome you don’t want as opposed to the outcome you do want.

Therapeutically, we would use a technique called Havening to help people get rid of the negative emotion, in this case anxiety, and we would use the same technique to introduce positive emotions, such as calm, confidence or happiness. We may also get clients to visualise themselves being more confident and speaking calmly and clearly.

Around 10-15 million people in the UK are suffering from anxiety, and yet there are proven ways to get help. Hypnotherapy for anxiety is certainly one of them, and many people feel better able to face the world after just one or two sessions.