According to research done by the University of Scranton, only eight per cent of people who kick off the new year with a resolution actually stick to it. Estimates suggest that between 81 and 90 per cent of people fail within the first six weeks. In other words, before they’ve even had the chance to turn down the central heating, most of us are eating, drinking or smoking just as much as we were before Christmas. 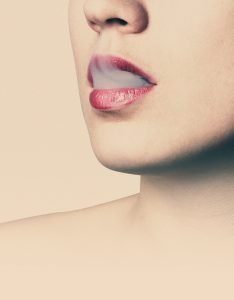 Focusing on the negative

So why do people fail? As a hypnotherapist in London, it’s a question I’m often asked and my response is that when it comes to most resolutions, people typically fail because they are focusing on the one thing that they don’t want to do. If you say to yourself right now: “I don’t want to smoke,” what you are actually doing is putting the very idea of smoking into your head. And that, for most people, is enough to set them off on a train of thought about smoking that will make them yearn for a cigarette. Not exactly a winning masterplan if you want to stop smoking.

It’s called the law of reverse effect and I see it in practice all the time with my hypnotherapy clients in London and Winchester. If I were to say to you: “Don’t think of a blue tree,” what do you think will happen? You’ll think of a blue tree! In trying not to think about it you’ll do the opposite, and it’s the same with smoking or any other habit. When people say they want to stop smoking, they are telling the world – and themselves – what they don’t want, as opposed to what they do. There is a huge difference. You need to focus on the positive, say it out loud, believe in it. “I want to be free. I want to be happy. I want to be able to go out with my friends and have a great time without those horrible things I used to take out with me.”

Will power does not work

The second reason that quitting often fails is that will power is consistently proven not to work for reversing habits. It’s just not an effective solution – it turns out that as a species we can be pretty weak-willed, especially when we’re not particularly motivated.

There was a study by New Scientist in 1992 which showed that stopping smoking by hypnotherapy is anything up to 15 times more effective than will power alone; it’s also three times more powerful than nicotine replacement. A hypnotherapist can give you the tools you need to change the way you think about smoking, and all the evidence points to it being far more effective than going it alone. A good hypnotherapist can often stop people smoking in a single session.

Another thing I help people during hypnotherapy to stop smoking to do is deal with compulsion. Some people feel compelled to have a cigarette in certain situations, and we have to switch that off. You can have some success with this at home – just start to imagine cigarettes as something you don’t like. As you start saying that and thinking that, they slowly start to lose their grip on you.

What exactly are you smoking for?

One of the most common things I hear from people who are struggling to quit is that they smoke to relax when they are stressed, so one thing I get them to do is to imagine that they are stressed, then imagine having a cigarette between their fingers. I say, “Show me how you smoke when you’re stressed,” and they take a couple of huge drags on their imaginary cigarette.

After five or six drags like that I get them to open their eyes and I ask how they feel. They say, “Oh! I feel a lot better!” and I then ask: “Do you now think it’s the cigarettes that are making you relaxed or is it perhaps the breathing deeply?” It’s such a penny-drop moment; it’s actually the breathing that’s been relaxing them all along.

Cigarettes are so full of toxins and chemicals that stimulate the nervous system that they simply can’t relax you. So if you spend two or three minutes breathing deeply, away from your desk, you’re more likely to be able to associate relaxation with breathing, not cigarettes and you can start beating this.

There’s more: I also help people to resolve what’s known as a parts conflict, in this case people saying part of me really likes smoking, part of me really hates it. It’s almost like different personalities inside you – and we all do it.

You have to resolve that conflict and when you do resolve it – which you do by understanding the behaviour of smoking and why people do it, things like wanting to fit in, have a good time and so on – it’s then that people can see an alternative. I help people to see that there are ways to fit in and have a good time that don’t involve you killing yourself. When you get that agreement, the client is always OK.

Finally, hypnotherapy for stop smoking works from a very deeply hypnotherapeutic perspective, so we look at a situation in which you would currently smoke – such as being in the beer garden at a pub – and then from a hypnotherapy viewpoint we get the client to imagine being there and not smoking, still having a good time, and removing that desire to smoke.

That’s not something that you can fully steer people through in a blog, but at home you can take time to visualise yourself in that situation and enjoying yourself in that beer garden without a cigarette.

If you do all of these things, it can really help you. And this is what we do in the context of a hypnotherapy session. The reason habits are hard to break is because they’re more deep-rooted than people realise – it’s actually not just about having a cigarette at all.