Working as a hypnotherapist in London, I’m acutely aware of how competitive the profession is, and as a result I really take notice of client feedback. I read every one I receive very carefully to make sure that clients feel like they are getting an effective premium service, and that they are with happy with what we do. I thought it might be interesting and useful to put together some key things that regularly crop up in feedback. Not because I’m trying to blow my own trumpet, but because they actually answer a number of questions about the client experience when it comes to hypnotherapy. 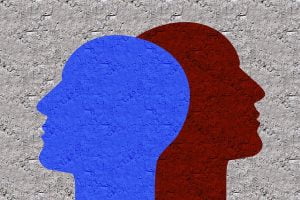 1/ Clients quickly feel at ease
I think many people imagine something out of either a Derren Brown stage show or something akin to a white-walled padded room: the truth is a calm and comfortable environment where people tend to feel relaxed very quickly. My client Greg, in December 2015, wrote that “I was immediately put at ease.” Emma, who also came to see me that month, wrote: “On meeting James I felt completely at ease.”

2/ It doesn’t need a dozen sessions
Michelle wrote to me in March 2015 to explain how pleased she was with her session. “I had been suffering from what my psychologist diagnosed as PTSD for six months when I came to see James,” she wrote. “I was finding it difficult to cope, to say the least. To be more accurate, I was hysterically crying constantly and so had started to isolate myself and switch off. I had been seeing a psychologist for four months, twice a week, until it had reached the point when I had had enough with the lack of progress and handing over £300 per two-hour session. One session with James lasting two hours and all symptoms were overcome.” Then Jamie wrote in April: “My fear of flying meant that I dreaded holidays and any short weekend trips had to be in the UK. After one session you somehow managed to take all the anxiety away – I have no idea how you did it but it worked!”

3/ You’re not alone if you’re skeptical!
People often wonder what they’re letting themselves in for, so don’t worry if you’re thinking, “Well I’ll give it a go but it probably won’t work for me.” It’s a very common feeling. As Dimitrios wrote in January 2015: “Even though I had some reservations before I met you, by the end of our session, I felt completely different. I still cannot believe how easy it was to quit smoking!” Then there was Elaine, who came with her daughter last August and wrote to me after the session. Her daughter had been struggling with anxiety relating to school: “We were very skeptical that hypnotherapy would actually work,” she wrote. “After a struggle to get my daughter to London for her consultation, we met James. His whole persona put both of us at ease immediately and I felt like he was a friend I’d known for a long time. After an hour-and-a-half he had cured her of her phobia.”

4/ It can change your life
Of course I love to hear from someone who says they are delighted that their hypnotherapy treatment has changed their life, and I’m delighted to say that it does happen quite often. “One session with James will change your life. I swear by it,” said Sara in July 2015 (she came to see me for panic attacks). “I understand that what James did was based on science but you’ll forgive me if I insist on saying that it feels like a miracle,” she added. “Incredible and powerful. You will walk out feeling empowered!” said Michelle in March 2015 after coming to see me with PTSD, while Susie wrote to me the same week to say: “I wanted to run around and tell anyone who cared to listen and even those who didn’t that I was ‘fixed’ and it’s a really, really good feeling!” Susie had been struggling with anxiety.

5/ It can even work via Skype
Some people imagine that hypnotherapy is a very hands-on experience, and that we need to be staring into people’s eyes or placing healing hands on their forehead. That’s not the case or we wouldn’t be able to offer hypnotherapy by Skype. Said Helen, last December: “We conducted a session via Skype because I had been experiencing episodes of stress and anxiety and I was given a series of simple, effective, non threatening tasks to combat the problem. I was amazed at how quickly I felt calm and in control. After just one session my anxiety and stress issues have disappeared.”