I can’t remember who reported on this – I think it was an American University – but their study found that divorce, the death of a partner, being made redundant and going on holiday are all among the most stressful things that we can experience. 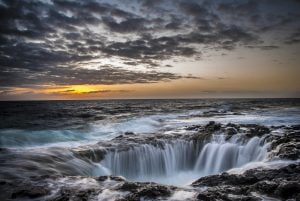 It sounds ridiculous to put going on holiday up there with such blatantly unpleasant things, but perhaps not if you take a step back and look at it. Before a holiday, there’s all that decision-making to be done – such as is this the holiday you both really want, if you’re going with a partner? Then there’s getting everything in order at work before you go. Unsurprisingly, hypnotherapy for stress is something I see people for regularly, and holidays frequently crop up.

Ships that pass in the night

Holidays usually need an awful lot of planning – the ‘what to do’ not just when you get there, but before you’ve even got on the plane. And how about the stress that can come with disappointment about the hotel, noisy people on the plane, delays and so on. Even being with our partners for two solid weeks can cause a lot of stress, as many couples are usually more like ships that pass in the night during a typical working week. Just thing how hard it’s going to be for poor Tim Peake. Not being with his family for months and then, all of a sudden, an overdose of family life. It’s not easy.

All in all, then, holidays look fantastic on paper, but in reality they force you to do stacks of work up front and they’re often disappointing when you get there. It’s little wonder that people say you need the first week to try and unwind and the second week to actually enter holiday mode.

There’s a report that came out a few weeks ago about the impact of stress on the amygdala, the part of the brain that regulates emotion. It turns out that it can react to stress in a fraction of a second – much faster than was previously thought. It’s no wonder, therefore, that even a fleeting worry about turbulence or a lost passport or terrorism can leave you feeling anxious. And it builds, especially if you can’t find a way to release it.

One good way to work on this is with the free download we offer. It has some excellent deep-breathing techniques, and they really work. They can help you stay calm in times of stress, and there are multiple other tools on there.

What can be helpful is to give yourself a digital detox when you get to your destination. To tell yourself that by turning off your phone and iPad, you really will be OK and that the world will continue without you. It can be hard, but it can be worth it. There’s a reason we were given holidays and that’s to relax. Contrary to your worrying colleagues’ belief, you’re highly unlikely to be run over by the proverbial bus while you’re away – normal service will be resumed upon your return.

Trust me on this – none of us are as important at work as we tend to think. When I used to work in advertising and would return to a thousand emails, I just used to delete them all. It was liberating. Anything that was super-important would likely be sent again, and it meant I could restart work feeling positive, rather than on a back-foot. This technique might not work for everyone, but it’s worth considering if you think it won’t get you fired!

If you have an inclination towards anxiety, self-help is something you can work on on a daily basis. A great technique is called Havening, which I’ve explained in several earlier blogs. It’s a fantastic way to let go of negative emotions, and ‘load up’ on positive ones.

Hypnotherapy for anxiety can be a big help, too. Unlike with hypnotherapy for smoking, which usually requires a single-session, things can be slightly more involved with anxiety, as there’s often a lot to address, sometimes going back years. But even just a couple of sessions can be a big help – and also give you a better chance of enjoying your holiday on day one, not day 12.

One last thing – values play a huge part in whether or not we feel stressed. If your life is not fulfilling and going to work is something you don’t enjoy or even dread, then going on holiday is unlikely to fix things. People who have fulfilment at work and still want to go on holiday are the people who are most likely to get the most out of it.