Research has shown that there are some very well-defined stages of grief, including shock, anger, sadness, guilt and finally acceptance. Some happen individually, some happen concurrently, but eventually you do get that sense of acceptance. 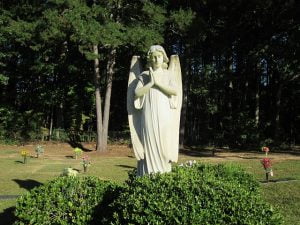 As a hypnotherapist in London and Hampshire, grief is something that I am occasionally asked to help out with. Hypnotherapy can help, but I think it’s important that people know it’s perfectly OK to go through the grieving process. More importantly, it’s not OK to be anaesthetised through it. You need to grieve in order to heal, and it can be helpful to know there are stages, that it’s all normal and that they will pass.

Some people say it may take six months, some say a year, but clearly if your grief is continuing on an ongoing basis well beyond this, you probably do need a little professional help to move on.

There’s a powerful technique that can be used by anyone that can help them get rid of distress and sadness, and it’s called Havening. I’ve described it more fully in other postings, and it is something we help people to do when the come to see us for hypnotherapy for anxiety, stress and other things. It involves stroking the body and first getting rid of the negative emotion you don’t want to feel, and then Havening positive terms such as “calm” and “happy”. It won’t get you over the person you’ve lost but it can help you in a low moment. You don’t have to tolerate the pain.

Therapy can be amazing when it comes to helping people who have lost someone. My own mum died in 1988; I was 16 at the time, and it took me until 2010 to be able to deal with that. I’d tried a lot of therapy and it wasn’t until I eventually found the right therapeutic key that I finally let my mum go. So don’t wait that long.

On a related note, there’s something you can do now if you know someone is about to pass away because of old age or illness, and I would heartily recommend it: create a memory box together. It’s a really lovely thing to do, as is asking them to write future letters. These are where you get your mum or grandma, for example, to write a letter for you that is only to be opened on the day you get married, or perhaps it’s a letter to your future first-born. It allows a very powerful connection to continue between you and your loved one long after they’ve gone.