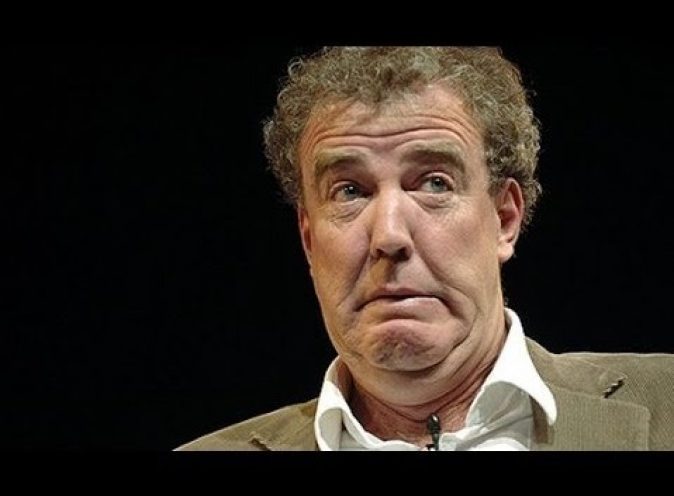 There is a very simple process you can do that can help give you confidence in what you want to say & not make the same mistake that Jeremy Clarkson did a couple of weeks ago. And let’s face it, how many times do we tell ourselves not to do something and then end up doing exactly that?  We all do to varying degrees of devastation.

Prior to becoming a hypnotherapist, I once sent a pretty awful text moaning about a boss to a friend. And whilst focusing on not trying to send it to my boss, I ended up sending it, to my boss. I left the company about a month later…

This is best described by Dr A.M Krasner as ‘the harder you try to do something, the less chance you have of doing it and the more you try to not do, the more likely you are ending up doing it, (source – The Wizard Within).

For example, if I ask you ‘not to think of a blue tree’, what did you just do?

As a result it was almost sadly inevitable that the more Clarkson tried to not say what he did, that he ended up mumbling it out. Clarkson’s statement I think is pretty unequivocal about how he tried not to do this:

Does that make him a racist, though? No!

So, what can you do to not mess up so badly and have confidence to say the right thing?

You just need to do one very simple thing to make sure that you don’t fall into the same trap. And that is for you to think of what you want to say / do / happen as opposed to what you don’t. In Clarkson’s case, he could have said teacher and focused on that. But by trying not to say the other word, he sadly said it.

In day-to-day life, I see so many clients who say they don’t want to be ‘anxious’. I always ask ‘what would you prefer to feel instead’, to which the answer is generally calm and/or confident.

As a father of a one year old, I’m always conscious of telling my son what I want him to do, as opposed to not wanting him to do e.g. I ask him to ‘let go’ as opposed to ‘don’t hold onto that’.

As you can see, they are one & the same thing; however, one is much cleaner in its language and therefore, more effective.

How does this work?

The reason this can work is because if you take the example above, trying to think about ‘not being anxious’, makes us at minimum have to think about and probably create a sense of anxiety.  By which time, we’re off to the races and feel anxious. So, by thinking of the positive opposite e.g. confident and/or calm, that creates an entirely different set of thoughts, feelings and pictures.

Just listen out for the amount of times you hear people say things like ‘not bad’, ‘don’t hesitate’ etc and you’ll realise that so many of us do it.

So, yes it’s a really simple thing to do and is something I think we could all benefit from using.

And if you use it well, you may just find yourself staying out of trouble! And if you’d like to know about how I can help you improve your confidence, then get in touch*. I offer all clients a complimentary 20-minute consultation. You can take advantage of this by calling me on freephone 0800 122 3073 or emailing me via james@fixmymind.co.uk